The future of work is ever-changing. Today's highly-sought careers may one day become tomorrow's automated labor. Jefferson University believes that interdisciplinary learning is the best way to prepare students to join a dynamic workforce.

I worked with the brand and interactive teams to build a unique digital experience that allows students to explore each of Jefferson's ten areas of excellence. By preparing students for an ever-changing world, the Jefferson experience keeps students ahead of the curve.

This was a pretty quick site. Like less than a month quick. This meant that the team had to be nimble in what we were designing, how we produced it, and ultimately how it would be built, all at the same time. Knowing that we needed to be efficient, we quickly prototyped the site to prove out the concept, and then broke up the visual design task into two sections: the larger background element, handled by Senior Designer Justin Spinozzi, and everything else and interactive elements. Consulting with the dev team, we found many easy to execute interactions that we could add to the design that could enhance the brand.

After we had a skeleton built out, we were able to give the site another pass and experiment with the various ways that we could onboard a user to the experience. Instructions, icons, and motion on site load were used to let users know that there was more to see beyond their initial viewport. 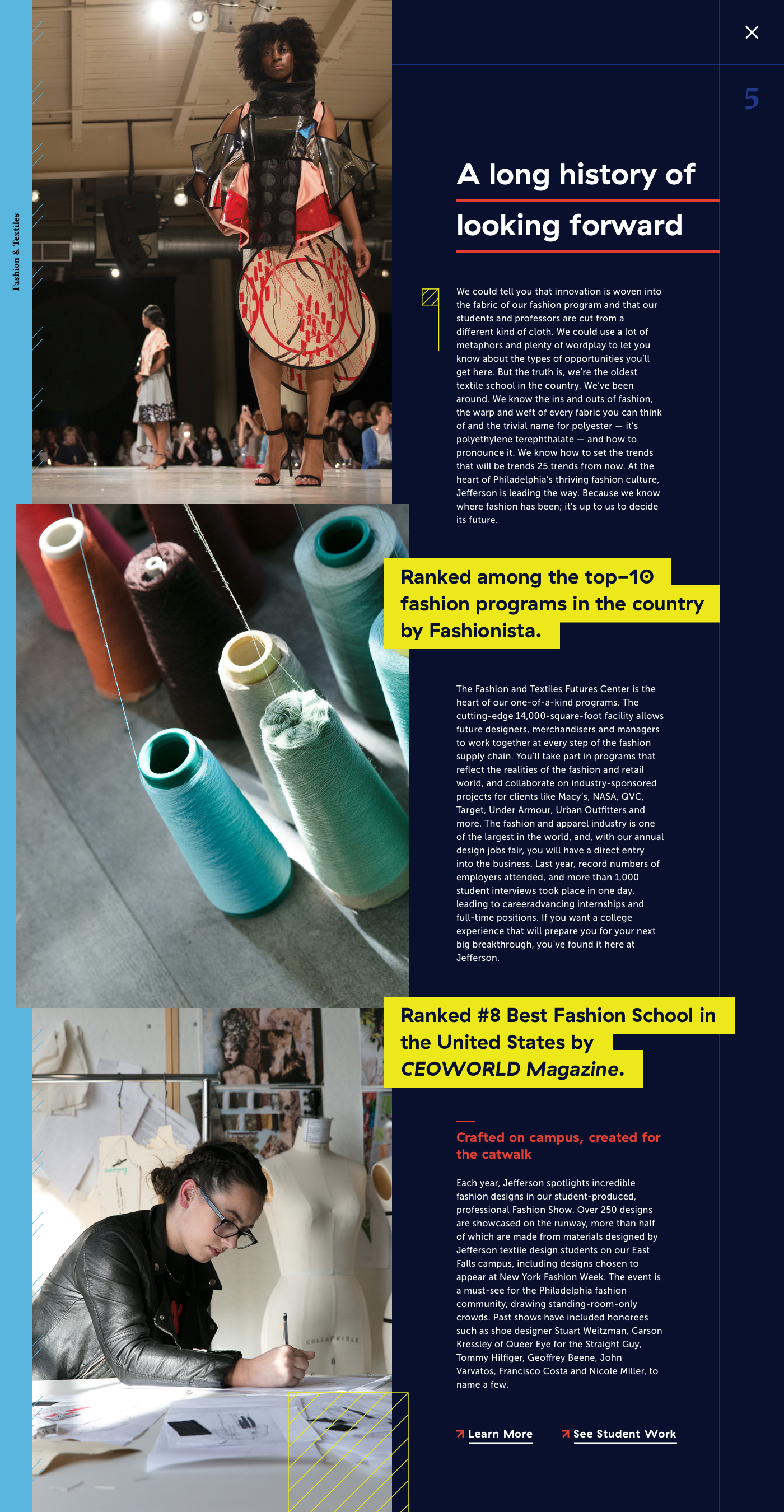 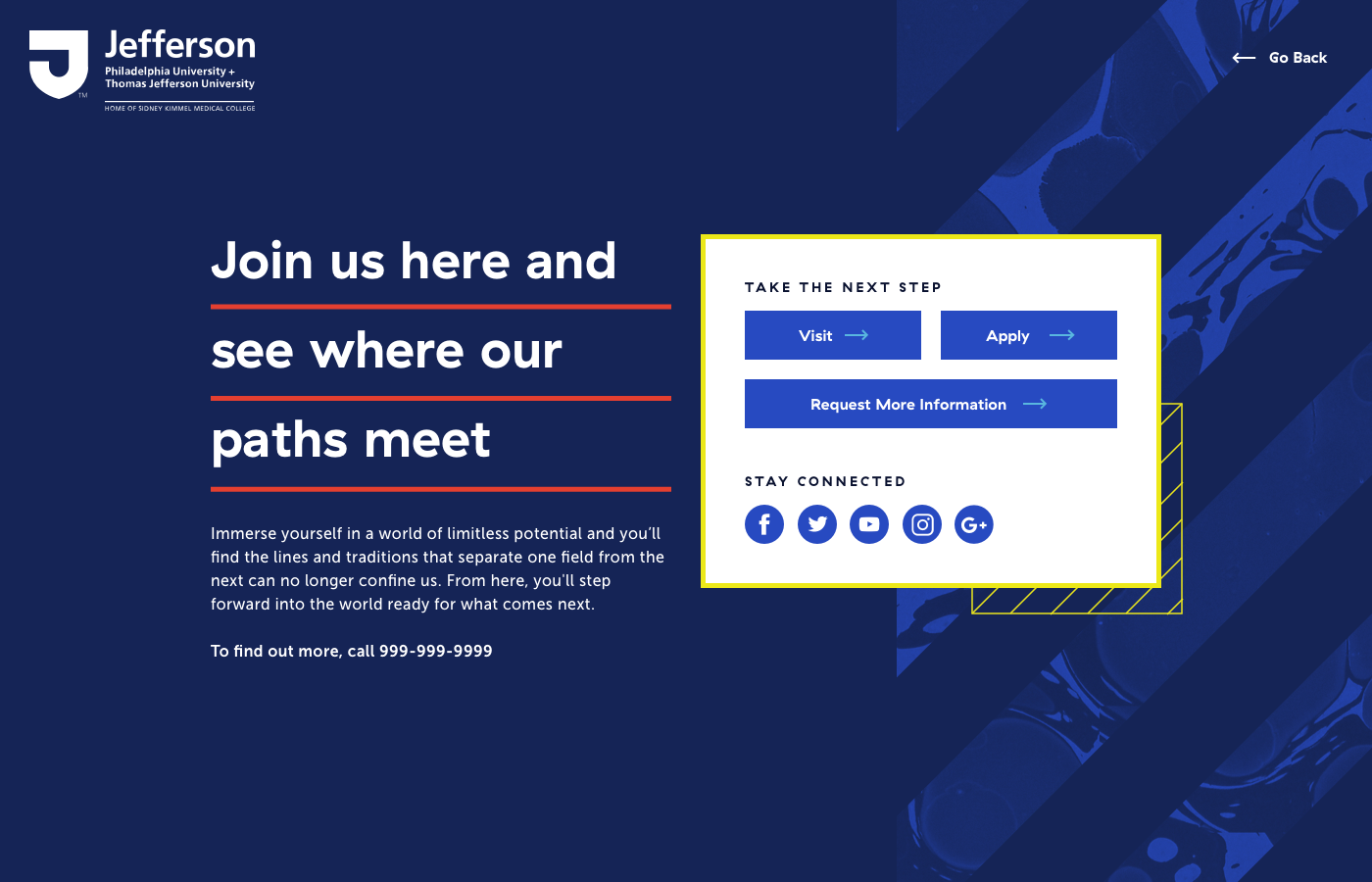